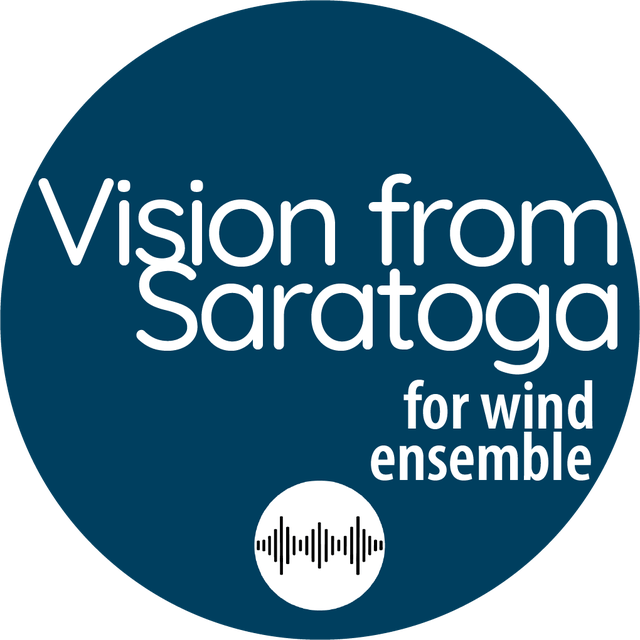 The journey of Calvert Hall College High School began with a vision by Samuel Eccleston and Francis McMullen, as they first opened the school in 1845 on Saratoga Street in Baltimore, Maryland. In the 175 years since then, this school has become a mainstay in the Baltimore community, graduating men who are recognized as being among the best of their peers in all that they do. It was truly an honor for me to get pay tribute to this model school community with this work.

The piece opens by painting a picture of Eccleston and McMullen looking to the empty canvas in front of them. These men had a vision but had to build from nothing. The opening Trumpet solo, sparsely accompanied, allows room for the music to resonate, just as the basic seed of an idea for the school had room to grow in any direction.

The second section picks up tempo and represents the work the early forefathers of the school did to grow their program. The gigue-like feel of the section is also paying homage to Lord George Calvert, the founder of Baltimore and his roots in Baltimore, Ireland.

The third section turns attention to the current class of students at Calvert Hall College, giving these men an opportunity to reflect back on the generations of alumni preceding them. Upon their graduation, they will be charged with carrying on the legacy and the reputation of the school.

The work concludes with a joyous fanfare, looking to the future with the excitement of the generations of brothers who are yet to join the Calvert Hall College fraternity. While they may not yet be known to the current school community, they will be welcomed with open arms.

This work is completed with the utmost gratitude and thanks to Mr. Brian Ecton, director of bands, who brought the opportunity to me. I’ve known Brian for many, many years and the chance to bring a piece such as this to his program and quite humbling. Thank you!

The Digital Download includes score, parts, and an XML file to use with music evaluation software.